The School is a Voluntary Controlled (VC) Church of England School catering for children from 4 to 11 of all denominations, religions and ethnic backgrounds. It serves the parishes of Swanton Morley, Hoe and Bylaugh. It was historically a Church of England School and as such retains three foundation governors appointed by the Church, although the local authority funds the the running of the school. 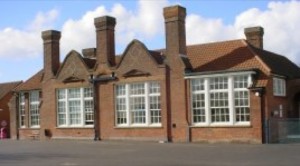 The main school building dates from 1917

The present school building was opened in 1917 and replaced the old National School in the centre of the village. Over the years many additions have been made to the original building, most recently an extra infant classroom. The School now has a mixture of teaching areas and excellent sports facilities, including a well-equipped hall for gymnastics, a heated indoor swimming pool and extensive playgrounds and playing fields. 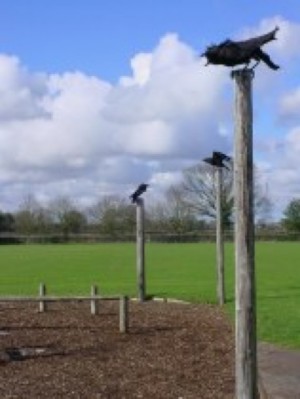 Part of our sculputure trail

A lot of work has been done to enhance the School grounds, including the creation of a pond area and individual gardens for children to tend. We aim to foster a love for the environment. The Friends of Swanton Morley School have raised funds over the years for a number of improvements to the outide area including an adventure play area, trim-trail for the children to use at break times and during PE lessons and a sculpture trail.

As part of our dedication to the environment we were one of the first primary schools in the country to invest in renewable energy. Three wind turbines, affectionately named Tom, Dick and Harry by the children, were erected in February 2012 and can provide up to 18kW of power for the school when the weather conditions are right.

During the summer holidays of 2015 two new self-contained classrooms were built replacing a pair of rather battle-scarred mobiles.  These new modular classrooms have luxuries such as double glazing and climate control!

The staff collectively have many years experience at welcoming and settling new children and parents into our routines, at whatever point in the school year they may join us. This is particularly important as almost half our children come from service families living at Robertson Barracks. 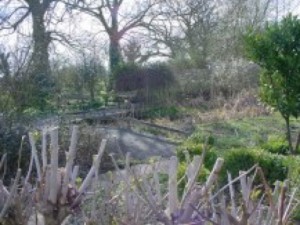 The pond and wildlife garden

Most new children join the School in Reception and come from the local playgroups. They make a number of preliminary visits to help them settle. Swanton Morley VC Primary School is a happy, hard-working school and we strive to ensure that everyone enjoys being part of our community.

At 11+ the pupils mainly transfer to either Northgate High School or Neatherd High School in Dereham. There is a well-established pattern of liaison between the schools to make transition a smooth and painless affair.